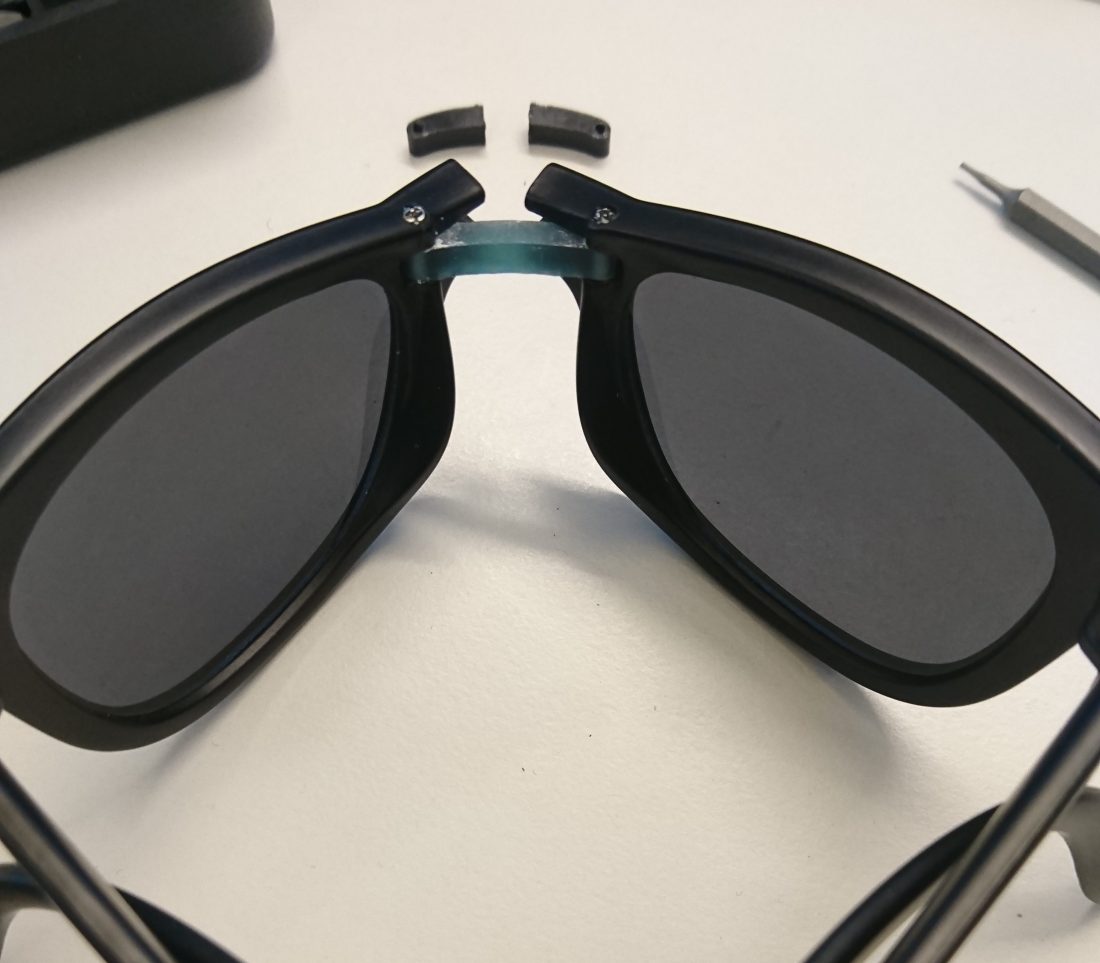 There is some satisfaction in actually having things made, and to make things work (again); perhaps to utilize new things and possibilities, avoid the cost of replacing an item, and sometimes also just out of curiosity. This goes for a pair of foldable sunglasses I earned some time back. Not what I use the most, but very clever to bring as a spare, as they’re foldable, and comes with a sturdy holder.

Not so sturdy was the connection link hlding the two main spectacles. It snapped this summer. And it wasn’t until recently I realized that I could actually be able to fix it — with a 3D printer at work. 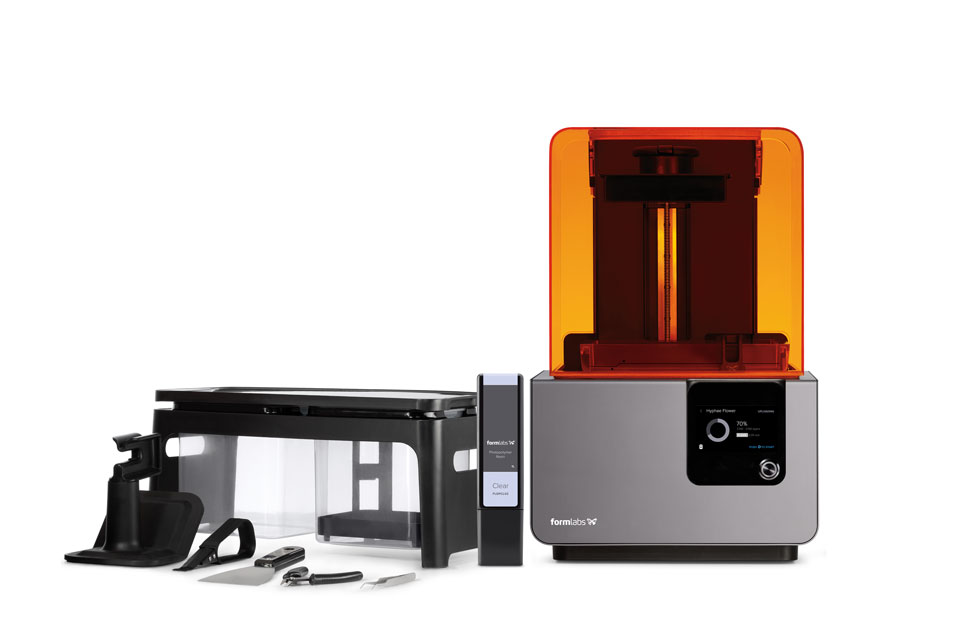 So first thing was to model the part. I’m not the most handy with Solidworks, but I know my way around DesignModeler. So it didn’t take long, using a caliper, to make some quite accurate measurements, and get the rights dimensions for the part.

Not being quite certain about the hole size, I made two different versions, and had them printed at the same time. Using «Tough» resin and 50um layer thickness, it took about 1.5 hours to print. And best of all, the part fitted in the sunglasses at first attempt 🙂