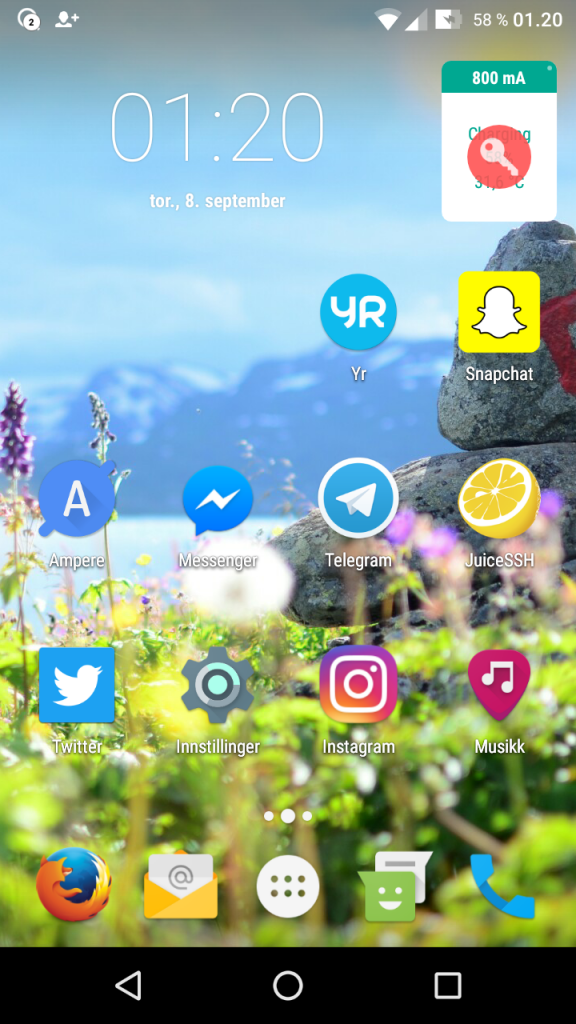 EDIT 2016-09-08: actually moved on to 13.0/6.0/Marshmallow as it was released for the ZR just a few days ago, and so far seems better in many ways, including power usage 🙂 Even running apps off the SD cards seems much better, though it has to be dedicated to the phone, and cannot be read in a separate reader. Will see if this works as it should 😮 I have so far not spent too much time in the «CM Privacy app», as the battery optimizations seems to be doing much of the job.

I have had an Xperia ZR since early 2014, and been quite happy with it. I am glad that Sony decided to continue to give upgrades – it was originally sold with 4.3, and ended up on 5.1, massively improving notifications, messaging, and the option to move apps to SD card (though only selected apps, and rarely more than 50% of the total installed size).

Though the phone has for the past year or so suffered from constantly not having enough space. Internal space. Which is needed to upgrade apps, install new apps, and it possibly adversly affects the performance if it is allowed to go too low. At least the phone itself starts complaining the moment you’re at 75% of the capacity, and no app is updated or installed if less than 0.5GB remains.

I factory reinstalled back in April and have since been running fewer apps than ever, removing the 0.3GB Facebook app amongst others and accessing it purely in-browser. Still, the phone keeps running out of space. Some investigations reveals that the Album app — Sony’s own app for photos — is creating a huge repository of thumbnails for your photo collection. Also, it’s hidden, and not possible to remove or change.

This, combined with the battery drain problems of summer 2015, have been two major drawbacks of the phone so far.

So a few days ago, being on the continuous edge of 0.5GB free space, I found myself with the options

I found out I really had nothing to lose, and chose option 2 above.

The install instructions are quite straight-forward. Sony gratefully provides an unlock feature for their phones, simplying the installation. The most difficult part is probably to get the special Android SDK to work in Windows. For simplicity I did this in Fedora by installing android-tools, where fastboot is included — no further actions needed. Phone was identified easily in fastboot mode, and the bootloader was flashed swiftly. I had already taken a full backup of contacts, messages, and call-logs using MyPhoneExplorer. I am not yet comfortable syncing my entire phone to some third-party located in a country without privacy laws — who knows 😮

Long story short, I am now running CyanogenMod 12.1, it has actually quite a few improved features compared to Sony’s version, such as the alarm clock, and privacy guard.

But the wake lock problem occured again. Measuing with Ampere I got about 950mA in consumption, while ~400mA was seen in Sony’s Android! Getting some clues online, I now seem to have disabled the wake lock problem, which now has been polling my phone 7890 times in approximately 24 hours. (Remeber to tick «show internal apps» to show Google Play Services, which is the culprit.) 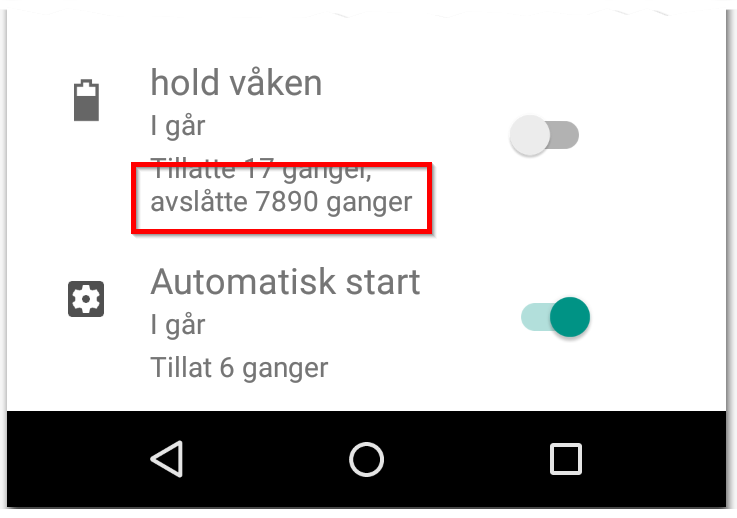 After this I have typically been seeing figures between 200-500mA 🙂

Also, I installed the OpenGApps version «pico», after first trying the default «nano». And keep in mind — this is installed in the /systems folder and not erased when wiping the phone.

With the battery and free space problems now solved, phone feels more capable then in a long time! 😀 Not to forget — any app can be moved to SD card, not just portions of it.